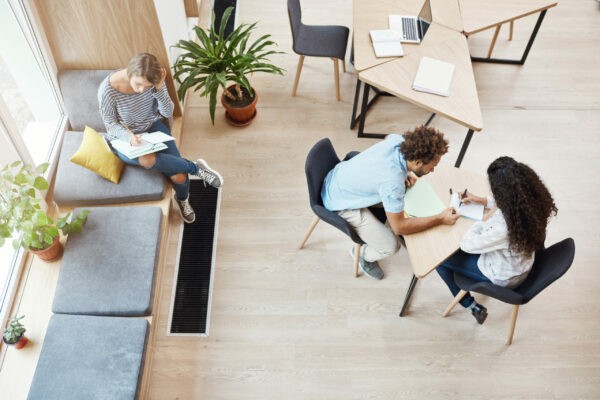 Total modern office stock in Prague reached 3.75 mil. sqm at the end of June 2022. During Q2 2022, a total of 22,700 sqm of new modern office space was completed in Prague. In total, two new office buildings were delivered to the market. The office building Dock In Five (20,500 sqm), which is part of the administrative complex of Dock In buildings developed by Crestyl, was completed in Prague 8. The second completed building in this quarter was the smaller office building Košířská brána (2,200 sqm) in Prague 5. By the end of the year, we expect six more projects with a total office space of 28,800 sqm to be completed. Over 216,000 sqm of office space was in the active construction phase at the end of the second quarter, with planned completion between 2022 and 2024.

The majority of the modern office supply (74%) consists of A-class buildings, with the highest quality AAA-rated space accounting for more than 17% of the total office stock.

The highest demand for offices was realized by IT companies (33%), the Pharmaceuticals sector (11%) and the Finance sector (8%).

The largest disclosed transaction in the second quarter of 2022 was the pre-lease of SCS Software (9,700 sqm) in Roztyly Plaza (which is currently under construction) in Prague 4. Followed by the renegotiation of a confidential tenant from the IT sector (4,200 sqm) in the BesNet Centrum in Prague 4 and the new lease for the inhouse flexible office concept Fleksi (3,800 sqm) by Passerinvest in their Filadelfia building in the Brumlovka office complex in Prague 4.